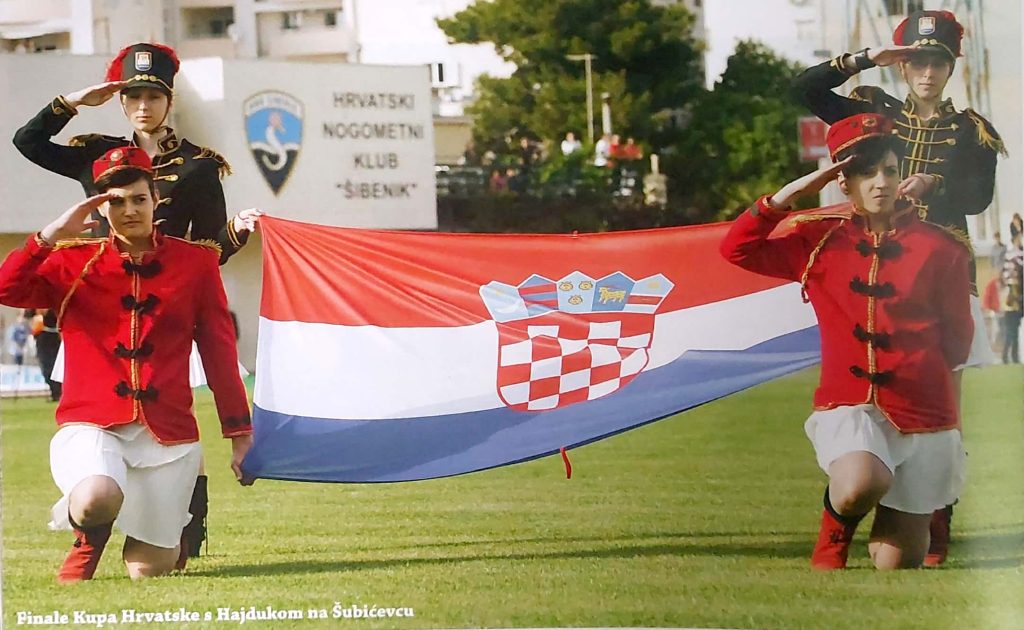 RSD “Šibenik,” the predecessor to HNK “Šibenik,” was founded on December 1st, 1932. The constitutive assembly did not take place until August 30 of the following year, though.

The absence of a playground significantly hindered the club’s activities, therefore one was constructed in Crnica and inaugurated on May 31, 1936. In addition to Šibenik and Osvit, the first club in Šibenik to register, the playground was inaugurated with a special tournament in which AŠK and Split also took part.

Even though Šibenik won matches against Split, AŠK, Nada, and Velebit from Benkovac in 1938 and were granted the permission to compete in the Split Sub-Federation, they were unable to advance to the First League of the Split Football Sub-Federation due of their defeats to Građanski from Dubrovnik.

NK “Šibenik” played in the First Croatian Football League from 1992 until the 2003–2004 season, when it was demoted to the second tier. But on May 13, 2006, he made a comeback and joined Croatia’s top football league, where he finished fourth in his first season back.

The club experienced its best in the independent Croatia during the 2009–2010 season when a fourth-place position in the championship resulted in an historic step to the European stage. Šibenik played their home matches in Dugopolje and Poljud, they suffered a tie and defeat, while they achieved two victories – 3:0 at Slieme Wanderers in Malta and at Anorthosis Cyprus, 2:0. The Croatian Cup final took place in the same year, but regrettably Hajduk Split won. Šibenik is demoted from the First League in the 2011–2012 season, and the club is forced to play in the Second Division. The following year without a license due to a CFF ruling, they even end up in Third Division. Šibenik returns to the second HNL under Mirko Labrović leadership on the second try (2014–2015 season)

The 2019–2020 season saw the return to the First League Tier; after 19 matches, Šibenik leads second-placed Croatia Zmijavci by 8 points. The rankings were frozen by CFF due to the corona virus outbreak, and Šibenik was declared winner and promoted to the First tier.

The very first football ball was introduced to Šibenik by Joso Rora-Juras who came back to Šibenik from Vienna in 1913, but the first game in front of the general public wasn’t played until two years later between the teams “Heroj” and “Zrinjski.” A few years later, in 1922, the first international game was played, and the “Osvit” squad was defeated 2:1 by the crew of an English merchant ship.  The Czech Republic’s Brno, Austria’s Red Star, England’s Fleet, Austria’s Gloggnitz, and Austria’s Hitting all played games against Šibenik in the 1950s. Shortly after against the Soviet Union squad, also.